You are not connected. Please login or register
2 posters

Didn't really know where to put this info, so figured a dedicated thread for oddball "overseas" release info like this might be worthwhile, even if only the usual two or three contributors here actually see it.

The reason (at the moment) is a couple of upcoming martial arts sets from Shout Factory that hold some promise:

Martial Arts Movie Marathon (The Skyhawk, The Manchu Boxer, The Dragon Tamers & The Association)
Release date: May 20, 2014
http://www.shoutfactory.com/product/martial-arts-movie-marathon-4-film-feature
http://www.amazon.com/dp/B00HRUQ8XE/
This one is the more intriguing of the two for me because two of the titles, DRAGON TAMERS and THE ASSOCIATION were released in Hong Kong by Joy Sales on DVDs and VCDs with no English subtitles (I believe DRAGON TAMERS was only on VCD, no less). While neither Amazon's nor Shout's listings indicated whether this set will include all four films in the original language with English subs, Shout's other set gives me hope:

Martial Arts Double Feature (Lady Whirlwind / Hapkido)
http://www.shoutfactory.com/product/lady-whirlwind-hapkido-double-http://www.amazon.com/dp/B00HNGC55M/
Release date: April 22, 2014
This pairing (on a single disc) DOES include Mandarin tracks and English subs, apparently, as well as English dub tracks. Judging by the not-super-cheap pre-order prices on both of these sets, I'm hoping Shout went to the added expense of including original audio and subs on the Marathon set as well.

I'm curious if Shout has licensed other early Golden Harvest films previously released by Joy Sales. Those discs were alright, and I managed to get most of them, but there were oversights here and there, and now that they're going out of print, it would be nice to have a domestic alternative.

I will be getting both Brian. Quite looking forward to it.
Brian T

Masterofoneinchpunch wrote:I will be getting both Brian. Quite looking forward to it.

Glad to hear it!

I remembered another of my Amazon pre-orders not long after I started this thread, but family issues have been getting in the way of late. That said, the title is WellGo USA's Blu-ray release of SEVEN WARRIORS, which would seem to rep the pinnacle of director Terry Tong Kei-Ming's career in terms of casting and scope, though he'd make at least four more pictures before seemingly hanging it up for good. I've seen about three of his films and have maybe four more in the stacks, but I don't recall this one ever getting a release in Hong Kong, though I'll happily stand corrected.

Amazon lists the wrong director, but their pre-order price ($9.96) is reasonable. 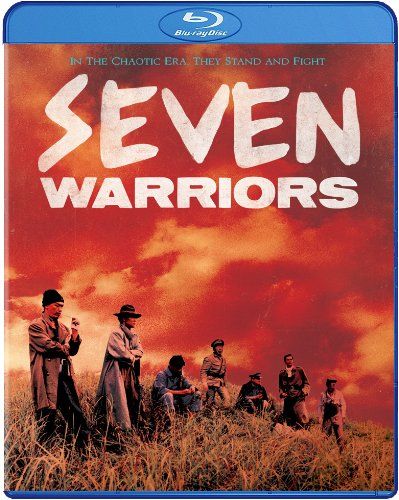 Another interesting set from Shout, available June 17, 2014. Nice to see a mix of period and modern actioners in this one: 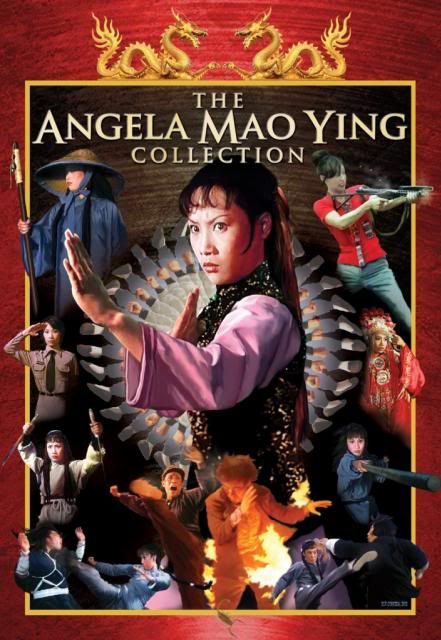 I'm looking forward to that release. I own and already have Stoner, but I am definitely getting that set soon after it gets released. Some great movies (for me) coming out soon.
Brian T

Indeed! Pretty sure I have all of these (unwatched, of course) via the "Legendary Collection" releases from Joy Sales (either DVD or VCD), but knowing the mixed-bag nature of a lot of titles in that run, I'm curious if this will be worth grabbing for superior presentation/subs/etc. (naturally, I wouldn't have to wonder if I'd made time to watch the things when I bought them!

)  It seems a bit pricey considering the price of the 2-disc, 5-film martial arts set in my original post, but I suppose Angela Mao's name justifies it in their eyes.
Brian T

Still a bit more truant around here than I'd like to be, but for the time being, I noticed this set coming up in the fall from Shout Factory: THE JIMMY WANG YU COLLECTION. Looks like Shout did indeed get access to more of the Joy Sales Legendary Collection titles than originally thought.